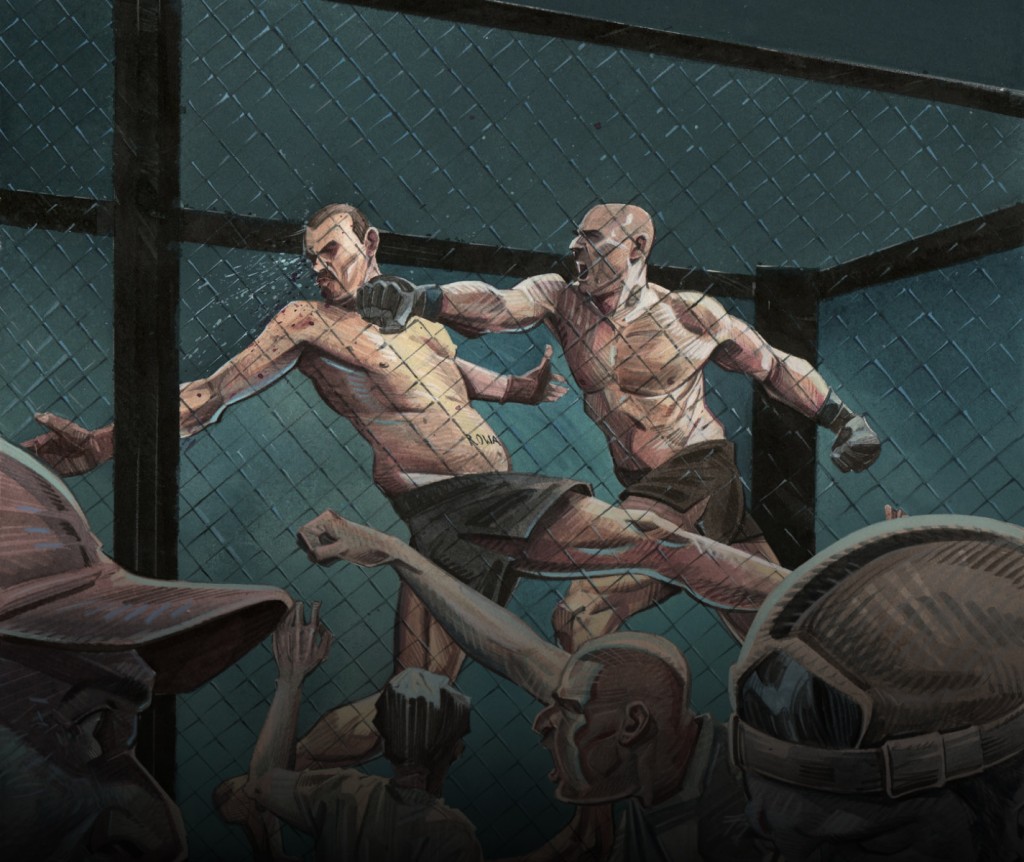 Rowan had felt as if he were drowning for a while now. He owed money to drug dealers. He couldn’t keep a job. His hobby was getting beaten up in public. Now this fake-death scheme landed like a life preserver.

If people thought he was dead, he and his girlfriend, Rosa Martinez, could move far from Michigan. Maybe New Mexico. They could begin again.

“I wanted a fresh start,” he said in one of a series of interviews conducted both in person and over the phone. “To pick up and start someplace new where no one knew us.”

The phone calls were the first step — Rowan said he was there when Martinez called DiPonio, the fight promoter, to announce the car crash. She later called his mother. Rowan said it broke his heart to think of his mother picturing him dead, but he saw no other way. He could hear Martinez as she made the calls, and he said that first step of the hoax “almost killed me.”

When Martinez called back two days later to say Rowan was dead, he said, he choked up and had to leave the room.

The mourners gathered at Martinez’s home to remember Charles H. Rowan, father, son, friend and cage fighter. The guests walked up a wooden ramp leading to the front door, past a sprinkling of cigarette butts that dotted the yard’s patchy snow.

Inside the small living room, lined with brown carpet and wood-paneled walls, sat two young children, along with Rowan’s mother, who was sobbing.

Martinez looked grief-stricken. She brushed off questions about funeral arrangements and other practical matters, making clear she was not yet ready.

As the group sat quietly in the living room, she stepped away to collect a bag that she said had been retrieved from the accident.

She pulled out a white baseball cap that was stained with blood. A young boy began to cry.

They mourned Rowan as a lost soul gone too soon. But he had not gone anywhere. Rowan was upstairs throughout the memorial, he said, hiding in a child’s bedroom until the guests left. While his mother cried and his girlfriend accepted condolences, Rowan worked hard not to make a sound.

He said he thought about walking downstairs to interrupt the grieving, ending the ruse right there.

He decided not to.

From upstairs, he said, he could hear the sobs coming from the living room, sounds that took him by surprise. “For people to care about me,” he said, “it meant something.”

But now, he needed to play dead, which meant he needed to block all that out. He looked out the bedroom’s small window, past the lawn and out toward the Rite Aid. He tried not to break his gaze.